With M1 Sporttechnik, an e-bike manufacturer of the extra class will accompany us through the coming season. At nine selected events of the KENDA Enduro One Series, the German E-Bike Championship and the MAXXIS Cross Country Championship, M1 Sporttechnik is on site with a test centre. What can we expect? We talked to Thorsten Cornils, Managing Director of M1 Sporttechnik.

M1 Sporttechnik is a subsidiary of the international Fritzmeier Group. How did you get into e-bikes?

"In 1994 we developed the M1 Magma, the first monocoque frame in the bike industry. At that time, our competitors were still working with pipes and sleeves. Meanwhile the whole industry is ready, as we already showed it in the mid 90s. As the pedelecs became more and more popular on the market, it was clear that we were going to do something extraordinary again in this new segment. We started in 2010 with the development of three models with the GoSwissDrive rear-wheel motor. This was already on the market in the M1-Secede, M1-Magma and M1-Sedan as a pedelec and S-pedelec. But it was not until the 2014 launch of the M1 Spitzing that we achieved a higher level of volume and brand awareness. Like the M1 Magma in the 90s, it has again become an absolute trendsetter in the industry. The numerous M1 test centres that are currently being set up throughout Germany also confirm that we are on the right track."

M1 Sporttechnik relies on 100% carbon. What are the advantages?

"On the one hand it is a material with which you can work in a completely different way than with aluminium or steel and on the other hand it is part of the core competence of the Fritzmeier Group. We also manufacture many carbon structural parts, especially for the i3 and i8 models from BMW, at our composite sites in Bruckmühl near Rosenheim and in Hohenossig near Leipzig."

What is in your engines?

"In 2013 we chose TQ as our engine supplier and since then we have sold several thousand Spitzing, SpitzingPLUS and Sterzing models with the most extraordinary legal engine in the bike industry. The 120 Nm torque of the drive offers a riding experience that is not comparable to the currently known mass products of the industry. Especially the S-Pedelecs in the M1 range achieve, depending on the support mode, real 45km/h without having to be a top athlete.
The fact that, in order to expand the range in the summer of 2018, we then acquired the second most powerful engine in the industry, namely Brose with 90Nm, for our M1 cell, was only the logical next step. These two engines complement each other perfectly in the M1 range and always offer the perfect bike for the purist who wants to ride noiseless e-bikes and the biker who wants to experience outstanding performance".

You keep talking about 45km/h. Aren't all your bikes pedelecs?

"Each of our bikes is available as a pedelec with 250W rated power and 25km/h v-Max or as an S pedelec with 500W rated power and 45km/h v-Max. The small M1 is registered with the German Federal Motor Transport Authority with its own world manufacturer number and the bikes are tested according to the Machinery Directive or the S-Pedelec standard. Selected models are available with the open TQ motor, which then even delivers up to 920 watts of power. However, these race pedelecs are not approved for participation in road traffic and are only designed for racing applications, but primarily for motocross tracks."

M1 has set standards with the SPITZING. Now the SPITZING EVOLUTION is coming onto the market. What's new on the 2019 model?

"The complete kinematics has been revised and the 160mm front and rear suspension travel has been brought up to date. The original Spitzing is based on geometry data of the year 2012. Since then, customer requirements have changed significantly. In addition, the complete integration of the removable battery and the train routing of the electrical system has been reworked and improved by worlds. The Spitzing Evolution can now also be driven with a reduction ratio of 42 to 46, in order to extend its range of application in off-road terrain."

Which other models will be available for testing at the 2019 events?

"We always try to provide an insight into the entire range. Only the race pedelecs will not be present at most events, as this vehicle class makes no sense for most test tracks, especially if the test drives are carried out in public space."

And at which events?

"Our event calendar is fuller than ever this year. I've listed the events here in chronological order:

We look forward to many visits here."

Thank you very much for the interview! We are looking forward to seeing M1 live. 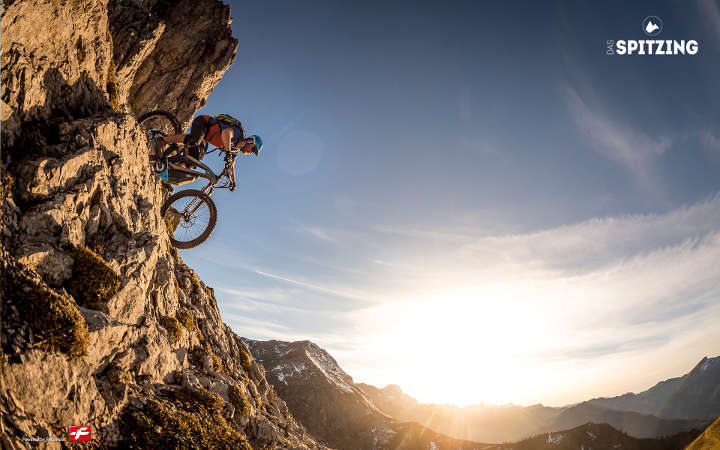